The Intimate Relationships of Jeff Bridges, Bono and David Bowie

In the double-helix model, I have closely linked spiritual development and intimacy.  Research has shown that intimacy thrives when the partners are both capable of dialectical thinking, allowing them to act and plan together while maintaining autonomy (see Kathleen Stassen Berger, The Developing Person Through the Lifespan [8th ed., 2010], pg. 500).  Berger especially points to the work of Barry and Emily McCarthy, Getting It Right the First Time:  Creating a Healthy Marriage (2004) to illustrate this.  The McCarthys include a chapter on problem solving, but in the context of the rest of the book, it is clear that problem solving in an intimate relationship needs to be creative problem solving for the marriage to thrive (they use a standard problem solving format as one important aspect of a complex relationship — for a more extensive and intensive problem-solving guide, see the Ottawa Personal Decision Guide linked here).  Knowledge helps, but is no substitute for wisdom (which includes intuition, imagination, spontaneity, and creativity), good judgement and reliability.  “Know-it-alls” don’t make good partners for the long term.  No matter how limited one partner might be, it is a sure bet that over the long term that partner will have a crucial benefit to offer for the long-term success of the partnership (otherwise it is not an intimate partnership, but a dominance situation).  Better to be a “dumb-ass” than a “smart-ass” because at least dumb-asses are likable (except by the likes of Trump, for whom everyone else is a “loser”).  Better to be a generally likable dumb-ass than a widely reviled smart-ass, no matter how many times you “win”.

There are many paths into the mature spiritual realm, including intellectual (e.g. the “intuition of being”) or emotional (gratitude) or mystical (visions, near-death experiences).  Intimate relationships are another, including emotional and rational elements integrated through the soul-searching of character development.  The rest of this article looks at examples of spontaneous commitment decisions made at crucial moments in the protagonists’ lives.

Spontaneous commitment decisions such as those described below can lead us into the spiritual realm.  I do not know that for either Jeff Bridges or Bono or Bowie that these experiences constituted their “spiritual formation,” but from how they have lived their lives since, they very well could have been.

Jeff Bridges is one of the most beloved and respected actors around.  He is the son of Lloyd Bridges and brother of Beau Bridges, both fine actors and loving family members.  He had all the privileges that anyone could desire, including the ability to remain a well entertained bachelor his whole life.  But when his beloved told him she was moving back to her home state, saying that she would understand if he let her go, he immediately offered marriage (link), getting down on his knee and all (yes, celebrities can experience humbleness).  The Bridges recently celebrated 38 years of marriage (link2).  In a recent Rolling Stone interview (9/8/16), Bridges said that his marriage has lasted far longer than the Hollywood average because:

I’m just crazy about the girl.  If you’re married. you have to work at it.  We’ve hit some bumps, but we didn’t deal with them in a cynical way.  Those bumps are great opportunities to get to know each other better.  It’s all about intimacy.  That’s the main high in life.

If intimacy is the main high in life, it certainly can serve as an introduction to spirituality.  Bridges obviously appreciates the importance of creative problem-solving for maintaining a happy marriage. 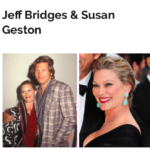 Here are some friends of mine who just celebrated their 50th (Golden) Wedding Anniversary with 200 guests! 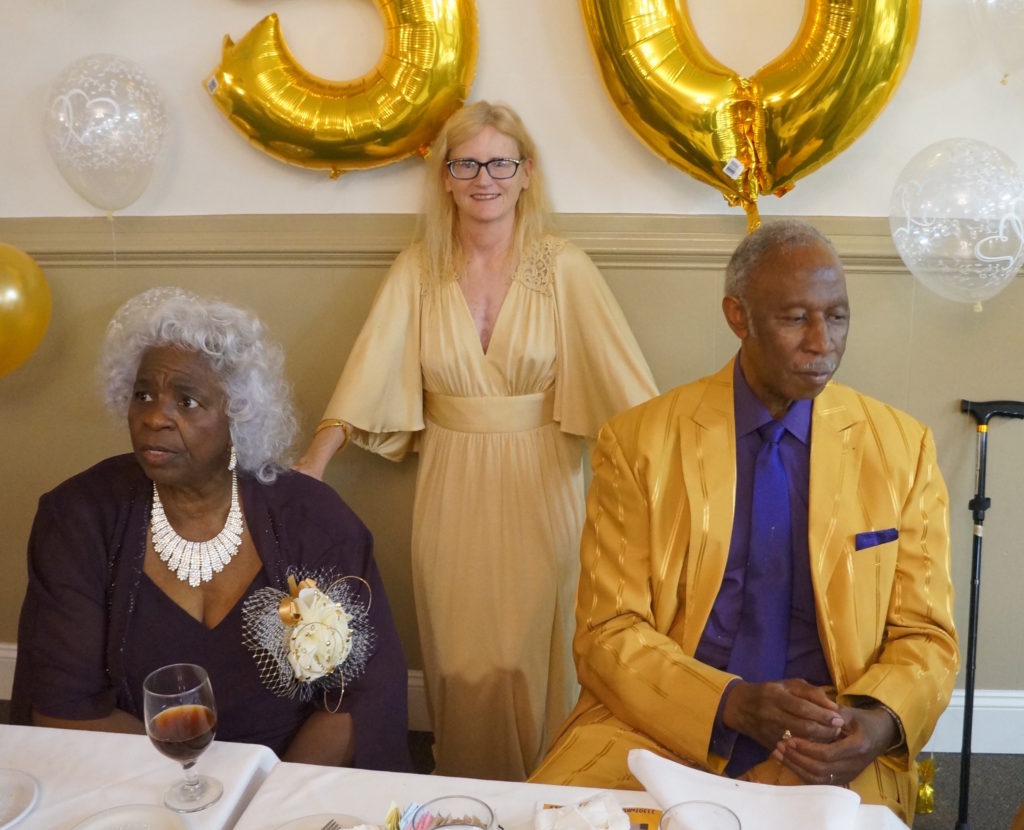 Jean and Charles Wilder at their 50th “golden” anniversary celebration, with my wife Barbara basking in their glow..

Another great example of a spontaneous intimate commitment decision comes from the following account by U2’s singer Bono in this linked interview with his daughter.  In it, Bono describes how he was in the studio recording when his wife went into labor and she drove them to the hospital.  After the daughter’s birth, Bono recorded his daughter’s heartbeat with the intention of using it as the rhythm for a song. He noticed that the tempo of the heartbeat slowed significantly, but the nurses dismissed any concerns.  Bono finally got to the doctor, explaining “I know tempo”.  The doctor immediately sent her to emergency, explaining that she was very vulnerable.  The doctor recommended keeping the newborn close to the heartbeats of her parents (entrainment) for the first two weeks.  In the interview, Bono explains how he held her newborn body against his chest so that she could experience his heartbeat.

Bono describes how the celebrity life is upside-down in terms of proper values and priorities, and how he has tried to counter his celebrity through his charitable work and activism.  A few critics have called him hypocritical, claiming that his good works are just more limelight for him. But I would rather have a “hypocrite” of this sort than the bald-faced greedy cannibalistic capitalists who claim that their greedy behavior is good for society.  Not!

David Bowie had separated from his wife Angie but still maintained his relationship with his son “Zoe” until his death.  Between his son’s birth and his death he married Imam and fathered a daughter.  His account of his relationship with Imam leading up to their marriage is in his song “When I Met You” (Lazarus, 2016), with the concluding lyrics:

I was torn inside

When I met you

I was too insane

Could not trust a thing

I was off my head

I was filled with truth

It was not God’s truth

Before I met you.

It appears that later in life Bowie revisited his intuition about not having to “question everything in heaven or hell”, and as a result, opened himself up to intimacy and parenthood with Imam. 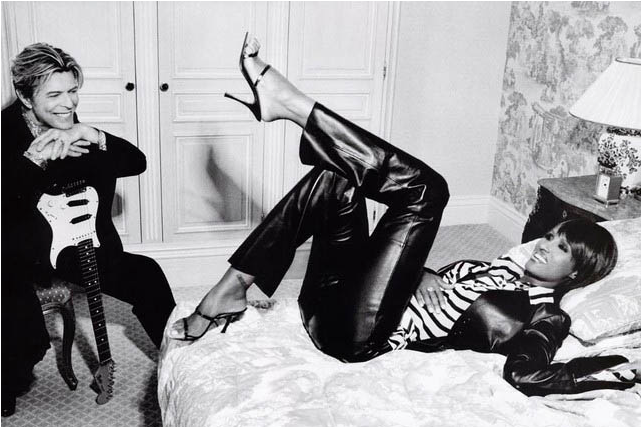 I think he likes her more than he likes the guitar.

And it is evident from this text that Bowie did not consider himself an atheist.  I think of him as a  spiritual religious iconoclast with mystical tendencies.  When he could avoid the cocaine, he was brilliant.  And even on it, he was an exquisite performer.  But with Imam, he was the best.