A Conversation with Dr. Susanne Cook-Greuter

Generally speaking, those in the helping professions and social sciences are not as mathematically inclined as those in engineering, computer programming or physical sciences.  But there are those who did not take to algebra who none-the-less intuitively appreciate geometrical patterns and the role they play in our perceptions of reality.  The “logarithmic spiral” of the chambered nautilus is one such pattern.  Not only is the shape pleasing to the mind (this type of spiral is considered the “golden ratio” that is used in architecture), but the way it functions in the animal allowed it to survive to this day over 400 million years.

The intuitive appeal of the “golden ratio” was borne out to me while my wife and I were at the audiologist office.  In the reception area they have a framed nautilus shell sliced into three sections:  the outer shell, an intermediate slice, and the internal slice.  (Although the Cochlea —inner-ears— do not form golden spirals, they do roughly follow logarithmic spirals.)  With the internal slice you can see the tubes that connect the chambers one to another which allow the animal to take in and release water to rise and descend as part of its circadian rhythm (ascends to feed at night, descends for protection in the depths during the day).  Without this ability to communicate between chambers, the nautilus would lose its evolutionary advantage. 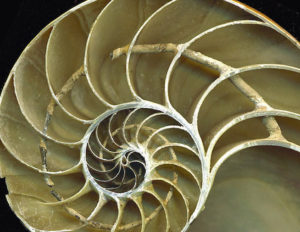 This fossil shows clearly the tubes that run through the shell, connecting the center to the surround.

I explained this to the receptionist and she was fascinated.  Since they had this display for many years without knowing the significance of the structure (other than its similarity to the cochlea), she was enthusiastic about communicating this to the rest of the office.  My experience with this receptionist reassured me that she was not just trying to please the client — her response had the quality of a revelation.  No math involved.

So let’s explore the aspects of the chambered nautilus that present rich analogies with development in general.

First, the nautilus spiral includes both circular and linear elements (curves and angles).  But it is not an abstract spiral — it is an embodied spiral.  As the animal grows and develops a shell hard enough to withstand the water pressures it will need to in order to survive, it outgrows its initial chambers and creates new ones.  As it seals off the old chamber sufficient to withstand the water pressure, it then creates a tube connecting the new chamber with the old.  These tubes allow the nautilus to release water to rise and take on water to descend.  Without this ability to rise to the shallows and descend to the depths, the nautilus could not have survived the radical changes in earth history over 400 million years, including the Permian–Triassic extinction event which killed 96% of marine life 250 million years ago, as well as the dinosaur extinction 65 million years ago.

Dr. Susanne Cook-Greuter (2000) has put forward the nautilus pattern as a model for understanding how communication between states and levels establishes and maintains an integrated organism, both physically and mentally:

The significance of the nautilus spiral over the vertical spiral is that the chamber is a vessel that “lives and breathes”, whereas a screw does not contain any of its environment, nor does a tube communicate outside itself unless it is so attached.  The nautilus is an organic metaphor rather than an abstract or mechanical metaphor, and that allows for inclusion of the softer side of life.  If biology and psychology are truly only “hard” sciences, we are all as good as dead.

The double-helix pattern that I have articulated includes these benefits of the nautilus metaphor, with some additional ones.  The chambered nautilus has a body but it is not a human body, whereas the double-helix can be embodied by examples at the various levels. Although the double-helix is abstract, it does have “chambers” between the two spirals, which, like the nautilus, integrate and re-integrate elements of development.  It is neither completely “open” to the surround as is the vertical spiral, but it is not closed off either.  Although it contains mechanical elements in the angles of perception, it does so within the context of the curved patterns of the double-helix (which are more organic in nature).  And it clearly delineates the repeating pattern of alternating between consciousness and savoring to self-consciousness and coping at the different levels.

After reading a draft of this article, Dr. Susanne Cook-Greuter wrote:

It all sounds just fine.

Because all representations have their limits (the map only approximates the territory, never fully describes it), we use multiple representations of development in our workshops. I love the mathematical properties of Escher images and also use them to support the above claim. 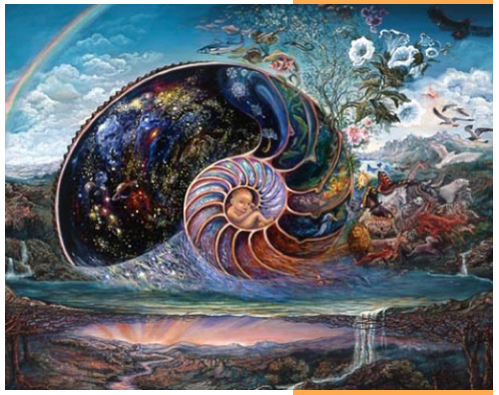 Cook-Greuter’s depiction of development in chambered nautilus form as posted on the masthead of her website.

P.S.  The spiral pattern itself appears in biology as a spirochete:  a propeller that allows an organism to move (such as what is attached to sperm cells that propel them to the egg).

Here is a bacterial spirochete called a “treponemea”:  ironically, one species is the cause of syphilis. 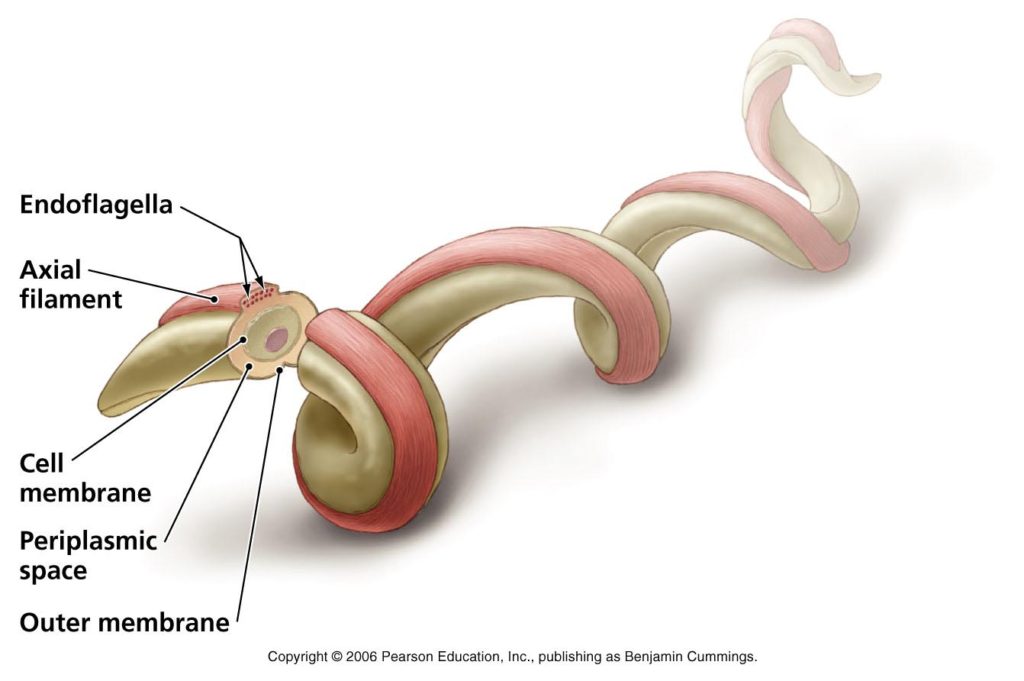 Finally, here is a diagram of the chambered nautilus animal itself: 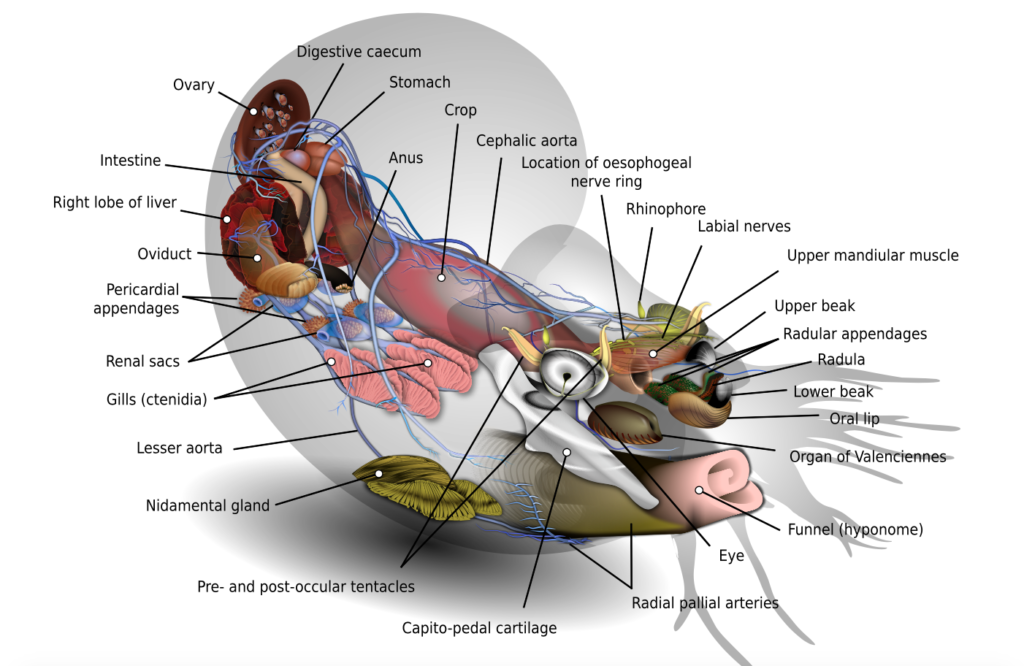 Since I published this article, I came across the mathematics of Hyperbolic Geometry, which helps explain these patterns.  To see a stunning visual display of this math and its relation to the double-helix model, click here.