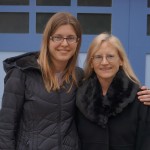 Vanessa with my wife, Barbara Foster 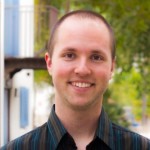 This project started while I was an undergraduate at UC Santa Cruz studying developmental psychology. 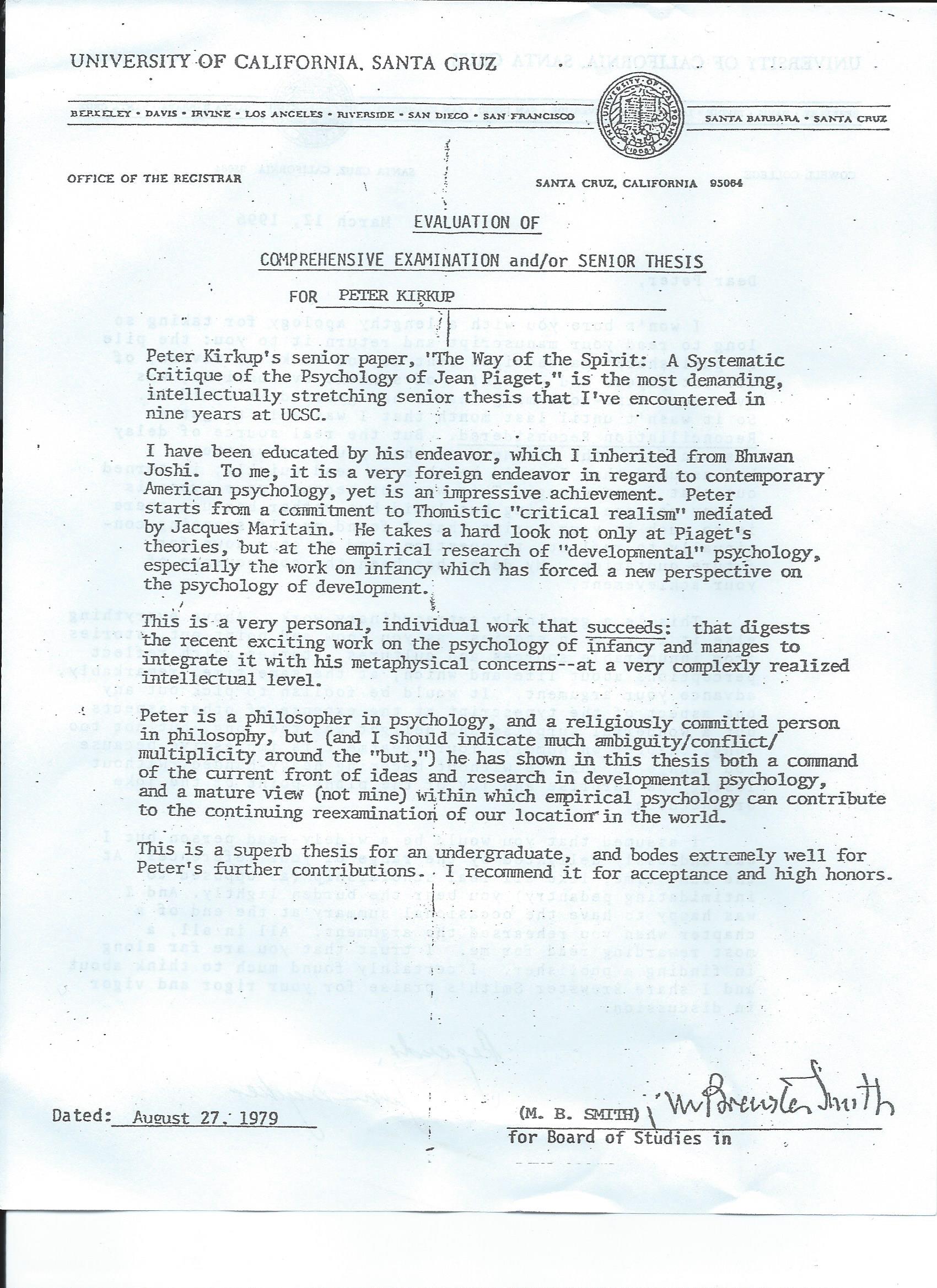 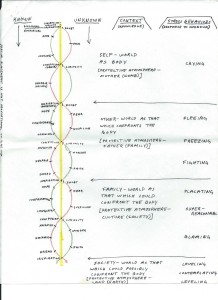 Click on the image for a larger view. In this depiction, development starts at the top and proceeds down.

Here is my first depiction of the double-helix developmental model from 1977.  This was drafted at the end of a two part project, a paper titled Knowing and Believing for Bhuwan Joshi’s class Archaic Consciousness, and a paper titled Will and the Unknown for Gregory Bateson’s class Ecology of Mind.  This project was the basis for Bhuwan Joshi agreeing to be my thesis sponsor.

The double helix pattern first occurred to me while thinking about Rudolph Otto’s The Idea of the Holy (Oxford, 1976, first published 1923) in which he identifies two kinds of religious experience — fascinans and tremendum.  Whereas most emotions are experienced in mixed forms, these are experienced unalloyed.  In a developmental framework, I translated the fascinans as “inspiration” and the  tremendum as “confusion”.

My studies in existentialism at the time was familiarizing me with terms such as hope, longing, dread, wonder, despair, etc.  As I started to pair these in different ways they formed the implicit and explicit strands of affirmation and negation.  I did this to fill in the transition from inspiration to confusion and from confusion to inspiration according to Otto’s findings:

What passes over — undergoes transition — is not the feeling itself.  It is not that the actual feeling gradually changes in quality or “evolves” , i.e. transmutes itself into a quite different one, but rather that I pass over or make the transition from one feeling to another as my circumstances change, by the gradual decrease of the one and increase of the other.  (pp. 42-3)

This is how I wrote about my discovery in 1978:

“What I have done with my model of development into relate these structures of consciousness to Rudolph Otto’s definitions of religious emotions.  According to Otto, the definitive emotion in our experience of the holy is “awe”.  Otto analyses awe into two components — fascination (where we experience our likeness with divinity) and terror (where we experience our isolation from divinity).  Fascination and terror can be experienced in pure forms, or in mixed forms (where attraction is blunted by a certain amount of repulsion, or where repulsion is checked by a certain amount of attraction).  In my model, I have related these emotions to the intellectual operations of affirmation and negation, and have redefined the emotions in a manner that makes explicit the acts of knowing involved in these experiences.  Thus, instead of fascination and terror, I will be referring to “inspiration” and “confusion”.  I use these words in a very literal sense, for there is etymological evidence that the origins of these words refer to the kinds of experiences I will be exploring.  The words I use to define the various forms in which these emotions mix are meant simply to give a sense of how inspiration and confusion diminish and intensify in relation to each other, and these words are not used in the literal manner in which I use the words “inspiration” and “confusion”.  Thus, inspiration and confusion define the pivotal moments in development, and the mixtures of emotions between these moments simply set the context in which inspiration leads to confusion and vice-versa.”

Bhuwan Joshi died in 1977, and Brewster Smith became my thesis sponsor in his stead.  I used the model to explore the research finding on development during infancy in my senior thesis.  Harriet Oster’s class, Development During Infancy, and her graduate seminar on attachment behaviors, provided the empirical basis of this thesis.

I extended the model into language development for my master’s thesis as an MSW student at UC Berkeley (Havilland Hall) under the sponsorship of Mac Runyan.  The project included tutorials with Susan Ervin-Tripp and colloquia with Dan Slobin at the Education and Psychology Dept. of UCB (Tolman Hall).